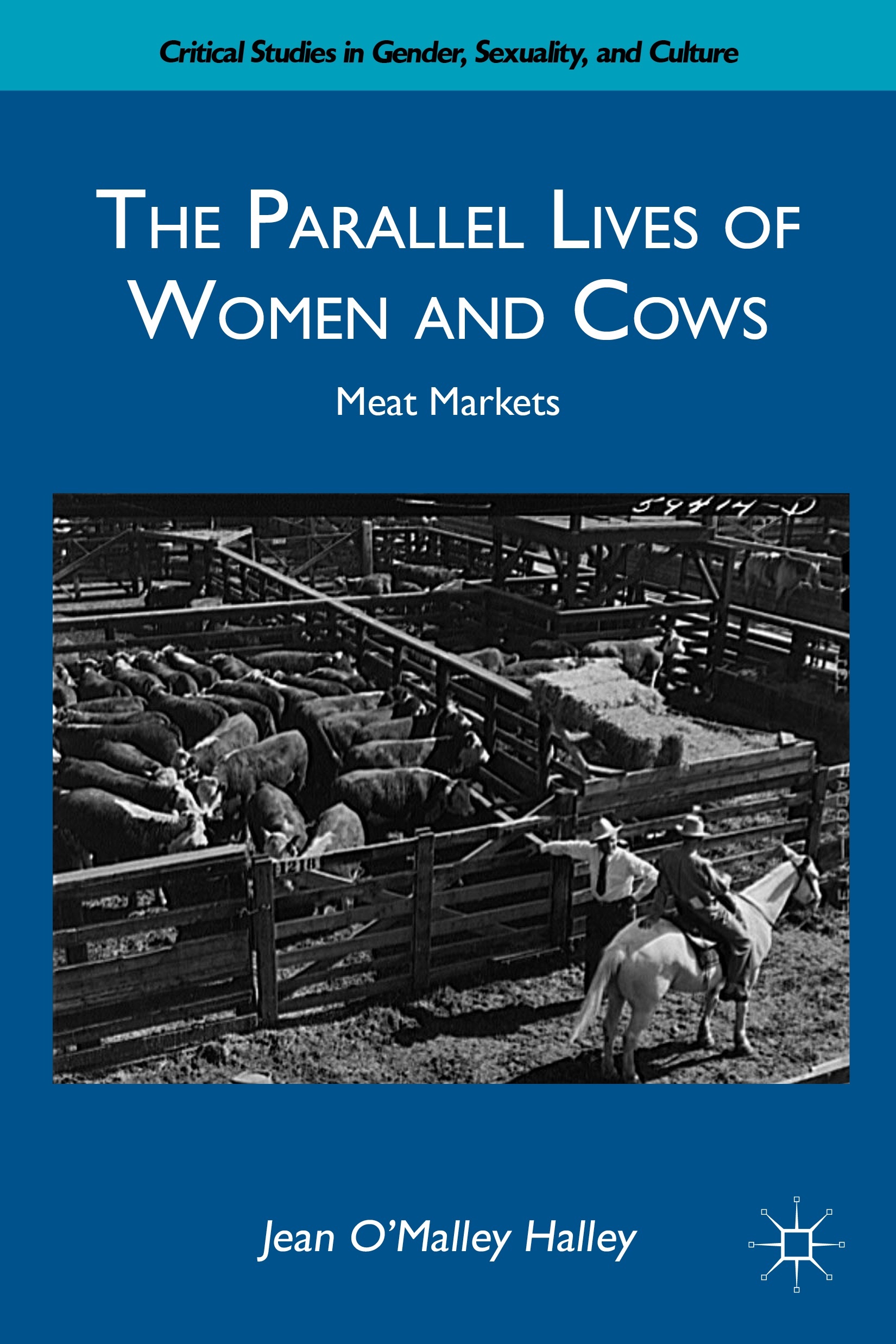 The Parallel Lives of Women and Cows: Meat Markets

This book addresses the intersections of life. I explore the various paths taken to arrive at the now that, once, was my childhood life. Cows and girl, Irish and land, violence and love all found their way to each other, to a moment that is gone but once was and held, for that moment, all of this. In large part, this book is about the meanings of life, girl life, cow life. I explore those meanings by examining the violence that happens to both, the violence, and the trauma that ripples off of violent experience like the tiny cracks in glass that surround the small hole made by a bullet. The hole itself is empty, clear open space. The cracks simply, gently, mark the glass, remaining in it, of it and distinct, all at once.

As many people who write about trauma or work with traumatized subjects note, trauma often grips the survivor in waves of repetitive experience. Trauma scholar, Cathy Caruth, writes that the traumatic event is “experienced too soon, too unexpectedly, to be fully known and is therefore not available to consciousness until it imposes itself again, repeatedly, in the nightmares and repetitive actions of the survivor.” Caruth notes, “Trauma is not locatable in the simple violent or original event in an individual’s past, but rather in the way that its very unassimilated nature – the way it was precisely not known in the first instance – returns to haunt the survivor later on" (1997).

In this book, I tell only a fraction of the stories of violence in my family. And as one might assume, I changed almost all of the names of people and places. I also altered some events, partly unintentionally because events do get altered in memory, and partly intentionally so as to protect the identities of the people involved. So much happened to people – past and present - around me. Those are not my stories to tell. Yet at the same time, they are my stories, for I lived next to, and with, not only the violence but the threat of violence, and of course the pain it inflicted to, on and in someone close to me, and through them, me. In so many ways, when one of us is harmed, we are all harmed. It is a hard task to decide who owns events, who owns the telling of them, almost as hard as telling itself. For that too, what happened, is of course not self-evident.

I end this chapter and start the book with a small and true story about a wire and my horse. The wire, like trauma in my life, holds the horse. It grips tightly. Yet as with all things in life, nothing ever holds anything forever. So this book is a story about being gripped by trauma and it is a story about finding some kind of freedom.

This is also a book about cows. And of course, wire in my rural western childhood was meant to fence in cows. The wire that caught my horse found a cause outside of human intention. It was where it was because, at some point, cows were contained there. Cows acted as a backdrop to my childhood. They were ever present but mundane beings that I saw everywhere. Because they were so present, too present, I usually did not see them at all. For the most part, I doubt they noticed me either. Their story deserves telling too. My grandfather was in the cattle business, so I owe cows a debt. In some part, I must credit my white middle class existence, my life as it is, to beef cows. Like so much of my family history, beef cow history is a violent business. Indeed, there are a number of similarities between the story I tell about my family and the story of United States cows.

For the most part, I write the two stories side by side. They are parallel. Yet they are also connected through poststructuralist thought, a body of theory that explores the meaning of life, girl life, cow life, and examines the ways power works through, around and on all of us. Often, I leave the reader to make other connections, connections involving violence, but also migration, colonization, racism, patriarchy, the land, shifting experiences of time, and life’s remarkable push to continue against, if not all, many, odds.

"The Roads to Hillbrow is a joyous ride through the past and legacy of this amazing Johannesburg neighborhood. Tracking the historical origin and important milestones of Hillbrow, the book traces some of the remarkable (and colorful) people and events that have characterized this fascinating and often misunderstood area of Johannesburg."