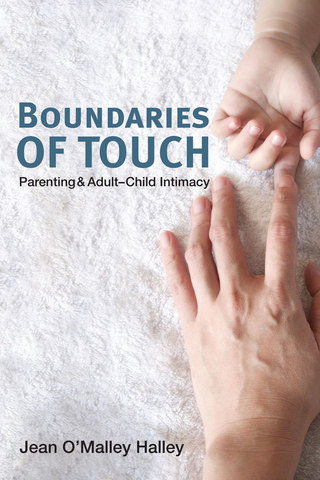 Several years ago, I told a colleague of my concern about a very sweet young student who persisted in hugging me whenever she saw me. I had attempted to avoid her hugs like the plague, ducking into doorways, bathrooms and offices when I saw her coming. Yet usually she spotted me anyhow, and came rushing over, smiling sweetly, friendly and as pleased as ever to see me. Her arms were inevitably outstretched for a hug. She had no shame; she hugged me in front of other students, in front of faculty and staff, in front of the college daycare children out on a field trip across campus. I liked this student immensely. She was very bright, enthusiastic, friendly and kind-hearted. Her hugging involved no weird overtones, nothing sexual, nothing but a friendly, happy-to-see-you greeting. Nonetheless, her hugging made me extremely uncomfortable. This was not because I have anything against hugging, whether it be friendly or sexual, greeting or supportive, or any of the other myriad forms in which hugging may come. Actually, I quite like hugging.

No, this student’s hugs bothered me because of the school’s vigilance over potentially “wrong” or “inappropriate” touch. Indeed, in a recent mandatory sexual harassment seminar with other faculty and staff, we had been briefed about how to avoid being sued. Surprisingly, the training had very little to do with gender, power or violation. In a nutshell, we were told not to touch our students. We should not touch them publicly. We should not touch them privately. Indeed, we were never, ever, to touch them, if it could be helped, anywhere, in any way at all.

A 1996 episode of the popular television series “Buffy the Vampire Slayer” reflected my experience. Buffy, a high school girl, speaks with her school principal in the hallway about a traumatic event. She had seen her teacher’s beheaded body hanging in the cafeteria refrigerator. In response to this unquestionably upsetting experience, the principal told Buffy that if she ever needed a hug she could come to him. Yet, he continued, “Not a real hug, of course, because there is no touching in this school. We are sensitive to wrong touching” (Joss Whedon 1996, episode number four, “Teacher’s Pet”).

If Buffy’s principal could not make an exception and really hug her in that moment, then I certainly had better not be hugging my students during the very run-of-the-mill events making up our days. As my colleague and I discussed my concern, it became clear that this vigilance seemed to be everywhere. Wherever I worked, or was myself a student, it was impossible not to notice how guarded people were about touching, particularly the touching of those more vulnerable, and particularly adults touching children. Indeed, the more I looked into it, the more I realized it was everywhere. Touching had become dangerous. And it seemed dangerous in a way that had very little to do with the ways in which touching actually can be a violation. So, at the suggestion of my colleague, I made touching, and specifically, ways of thinking about touching, the topic of this study.

Erving Goffman describes my problem when he writes that a “definition of the situation” is almost always to be found, but those who are in the situation ordinarily do not create this definition, even though their society often can be said to do so; ordinarily, all they do is to assess correctly what the situation ought to be for them and then act accordingly” (1974: 1-2). My book illuminates how we act according to definitions that we do not create in terms of touch. It explores the social history of our touching “situation” and contemplates its implications. In the case of touching, most of us in the United States today are extremely wary about physical contact. We are especially wary about touching anyone who might be perceived as in some way less powerful, more vulnerable. This touching prohibition appears to come from everywhere, and define most situations. Albeit perhaps intensified in places of learning - places of the mind, places where being in a body seems oddly inappropriate - it is not only in academic, scholarly and school-type situations, but also in many others such as daycares, restaurants, offices, subways and city parks, that touching is deeply regulated. Most of us don’t spend a lot of time thinking how strange this is, how strange to feel uncomfortable putting a hand on a student’s shoulder or giving them a hug, or letting a small child at the summer camp where one works sit on your lap, or even simply, how strange to be sure and leave one’s office door wide open while speaking with a subordinate so that no one even thinks touching happened.

As much as I enjoy hugging, I did not, and still do not hug my students. I assessed the situation, as Goffman writes, and forego hugging, arm touching, hand squeezing and any other form of friendly touch. The fear seems to be that touch equals sexual, and sexual equals abuse and violation. And, for reasons of personal experience, but also as the child of a second wave radical feminist, the movement that exposed widespread violent touch in the United States, and a feminist myself, I knew well the ways touch could be used as a medium for abusive power. Yet, whereas power is always an issue in any human interaction, touching contains multiple meanings, meanings that move above and beyond and between questions of power. Maybe it was my grounding in feminism, maybe it was my own personal experience of abusive touch; something led me to wonder why so many of my daily life situations demanded that I not touch at all, and moreover, that I experience feelings of anxiety about the possibility of touch, any touch be it gentle, loving, accidental, helpful, thoughtful, friendly, any touch at all. Certainly the focus of feminism had been abusive touch, not all touch. So where did this paranoia come from? What was it really about?

Over time, the topic of my book became even more focused. Due to events in my own life, I became increasingly interested in touching children - or rather, in ways of thinking about touching children.