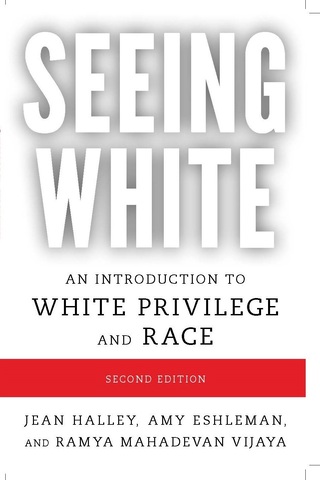 Whereas the origins of race are neither biological nor psychological, nonetheless in some sense, race becomes both psychological and biological due to the social. The social and those who wield social power mandate social phenomena – like segregation – that result in other phenomena like physical characteristics. Segregation, for instance, limits who interacts with whom in a human community in a particular place. In the United States, through laws, social customs, and sometimes, even outright terrorism (as in the case of organizations like the Ku Klux Klan), white people have perpetrated ongoing and profound racial segregation of Black from white communities for centuries. Thus, for example, African Americans have largely lived only with other African Americans, and largely gone to school, worked, made friends, married and had children only with other African Americans. To a great extent this segregation exists still today, albeit no longer mandated by law. This social phenomenon, segregation, has meant that the physical characteristics of the Black community have been reproduced and passed on largely just to other members of the Black community.

The social even mandates how we decide who qualifies for the white community and who for the Black. Historically, numerous states defined race by the “one drop of blood” rule, also known as hypodescent.ii Legal scholar, Ian F. Haney López writes, “Under this rule, historically given legal form in numerous state statutes, any known African ancestry renders one Black.”iii In other words, if you had “one drop” of Black blood, someone who was Black in your family ancestry, even someone very remotely related to you, then you were Black. In 1970 Louisiana made this more specific by passing legislation that anyone with 1/32 African ancestry or more was legally Black. If you had less than that 1/32 part, then you were not Black.iv Being 1/32 part Black means that a person has one great-great-great grandparent of African descent.

In Fannie Flagg’s novel, Welcome to the World, Baby Girl! her character Marguerite Le Guarde, who has spent years passing as a white woman in order to bestow whiteness and white privilege on her daughter, ends her life delusionally, yet unintentionally, by cutting her wrists and ankles to bleed out that one drop of Black blood. “Where was it, she wondered? Was it on her left side? Where was it lurking? Did it stay in one place or did it travel throughout her body, running and hiding, determined to haunt her year after year? She would just get rid of it once and for all. First the left side, the ankle, then the wrist. She must let it escape. Then the right side… Soon it would be gone. Oh, what a relief to finally get it out. Then she and Dena [her daughter] would be free.”v Race is, of course, not one drop of somehow distinct, blood.vi Race is socially made; it is socially constructed.

López shows that in United States history whiteness was defined only by its negation. In other words, United States “courts defined ‘white’ through a process of… systematically identifying who was non-White.”vii Legal scholar Neil Gotanda writes, “The metaphor is one of purity and contamination: White is unblemished and pure, so one drop of ancestral Black blood renders one Black. Black is a contaminant that overwhelms white ancestry.”viii

Much like sociologist Michael S. Kimmel in his work on gender, we intend to unsettle racial categories, to problematize whiteness. In doing this, we use the theory of social construction. Social construction theory builds on the idea that social norms change over time (in history) and place (through culture). Social construction theorists argue that the unequal distribution of economic and social power reinforces (and helps to create) differences between groups and their cultural norms. In turn, the norms shift and change over time and place, again deeply influenced by power.

In his exploration of our “gendered society,” Kimmel defines the theory of social construction in terms of how the theory has been applied to gender. His definition is useful to us as we explore race, like gender, as a socially constructed phenomenon. For Kimmel, “Social constructionism builds on the other social and behavioral sciences, adding specific dimensions to the exploration,” in our case, of race.ix Sociology adds to our investigation of race through the sociological analysis of differences between (and among) social groups such as Black and white people. Sociology helps us see the role of social power in action. With sociology we begin to understand the ways that race is not a fixed fact that we are born with, but rather a lived experience perpetually changing in the midst of our societies, families, schools, governments and so on.

Social construction theorists also use disciplines outside of sociology such as anthropology to explore differences between cultures; history to examine changes within cultures over time; and developmental psychology to investigate differences and similarities in individual human beings’ lives from younger to older, from one developmental stage to another. Finally, returning to sociology, Kimmel reminds us of variation that occurs within a culture in a particular time. For example a poor, young white woman who is homeless probably experiences her race differently than a rich, highly educated, elderly, white woman. Definitions and understandings of whiteness “will vary within any one culture at any one time – by…class, ethnicity, [gender,] age, sexuality, education, region of the country, etc.”x

Evidence supporting a social construction explanation of race is revealed by the historical disagreements among scholars when attempting to classify races and by the changes in these classifications within disciplines across time. While evolutionary theorist Charles Darwin argued that there is only one race of humans, he noted in 1871 that others had attempted to identify up to sixty-three distinct races. The fact that scholars could not agree on racial distinctions, creating their own categories of race separate from each other, reveals that race is not an obvious biological fact, but is, instead, socially constructed. Many anthropologists historically classified humans into multiple races, but the majority of modern anthropologists argue, like Darwin, that there is only one race of human beings. This shift in thought about race across time reveals that race is not fixed and apparent for anyone to observe. Race is constructed within historical and cultural contexts, based as much on prevailing ideology as on empirical evidence.xi